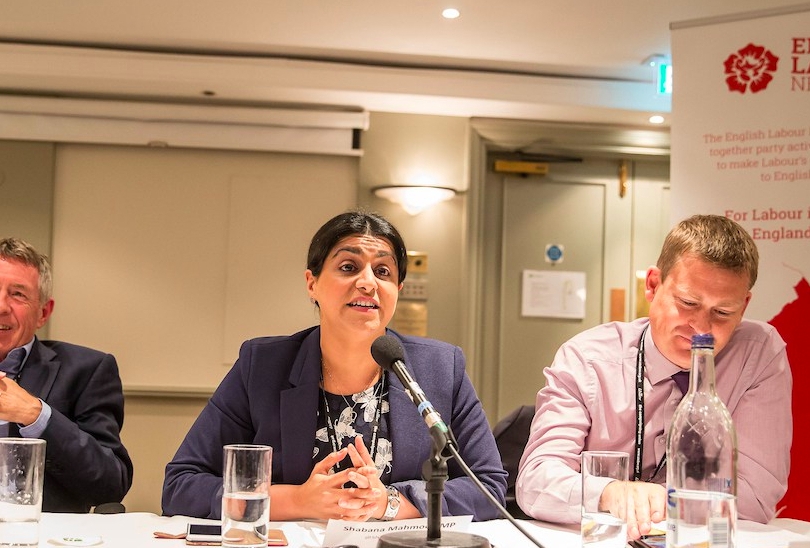 “Labour must win England to form a government”. That was the message taken away from the recent English Labour Network launch event at Labour Party Conference.

The packed fringe meeting heard calls for Labour to recognise England as a distinct political identity, along with demands for an English manifesto to reflect the many policies that speak only to England. Currently ‘England-only’ policies on health, schools, universities, apprenticeship, most transport and social care are muddled in with UK policy, often giving the impression that Labour doesn’t recognise that England exists.

On the day of the launch, speakers Shabana Mahmood MP and English Labour Network director John Denham wrote in a LabourList article: “England and its future are central to politics. It is England, and “English” voters in particular, that are taking the UK out of the EU. Labour lags behind in support from English identifying voters: indeed, Jeremy Corbyn would probably be prime minister now if he had as much support from those voters as from “British identifiers”.

An important debate centred on the need to foster a progressive sense of English identity and English history. Cllr Sam Tarry – Jeremy Corbyn’s leadership campaign director in 2015 – spoke about how Labour must promote a history of England rooted in civic patriotism and the working class struggles of ordinary people. He said that this radical tradition runs from the Levellers through to the Chartists and onto Labour’s modern day mission to build a country for the many, not just the few. Meanwhile Mahmood called on Labour to take the lead on the debate (rather than cede ground to the right), and endorsed a call from the audience for 21st century Englishness to feel inclusive, ‘not just white and male’. Denham highlighted the St George’s Day festival in Southampton as an example of how Labour can show Englishness and English history as being inclusive and civic.

Justin Madders, MP for Ellesmere Port and Neston, emphasised the geographical dimension of the English Labour Network’s work, pointing to the inequalities in infrastructure spending endured by those in the north of England. He also pointed to the important role that sport and St George’s Day can play in building an progressive patriotism.

An audience of local leaders, councillors, former parliamentary candidates and campaigners contributed a host of valuable questions and remarks before Denham rounded off proceedings by outlining the next steps for the English Labour Network. These include giving a platform to English voices and campaigns across England, producing practical materials to support campaigners, building our network across England, and pushing forward the case for an English manifesto.

Join the English Labour Network here. You can watch videos of the speakers’ opening remarks below.