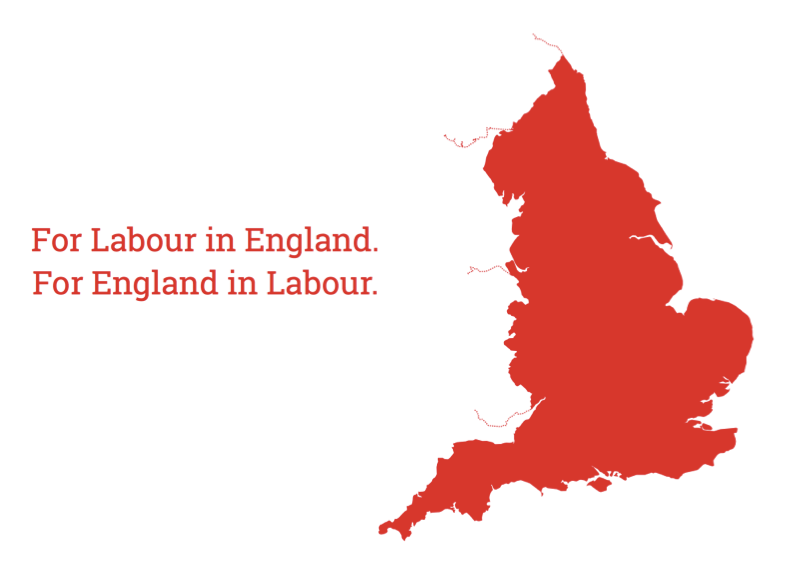 The Labour Party has launched its Democracy Review, led by former MP and Corbyn aide Katy Clark. The review aims “to ensure that the hugely expanded membership is fully involved to become a mass movement which can transform society”.

“In Wales and Scotland, the party is clear. We have a Welsh manifesto and a Scottish manifesto. In England, it has always been much murkier. There is no English manifesto. Instead, the UK Labour manifesto mixes up policy on issues that will only apply in England – health, schools, universities, apprenticeship, most transport, social care and many other areas – with issues that affect the whole of the UK.

“There’s a high price to pay for that muddle. We give the impression that Labour doesn’t really think England exists; or that England and the UK are just the same thing. Labour should go into the next election with a clear, English manifesto.”

Labour must win England, yet too often our support lags amongst voters who feel English but are not yet convinced Labour speaks for them.

The  2017 manifesto was a big step forward in recognising England. It proposed a Minister for England, it renewed our calls for a constitutional convention and, for the first time, proposed a “relationship of equals” between England, Wales and Scotland. But it left a lot to be fleshed out. It said we were the party of devolution, but nothing about the balance of power between the centre and local areas; between ministers and elected local leaders, between north, south and London.

Now we must take the next step and publish a manifesto that sets out clearly our policies for England and how England should be governed.

We are a unionist party, but England has its own history; sometimes conservative but often of radical struggles for rights and fairness that are still relevant today. We should have the pride to tell that story. We must also ensure that the Englishness we celebrate is progressive, inclusive and reflects the England we live in today.

Don’t forget to lend your support to the campaign here. We will soon be approaching English Labour Network members to support us with our campaign, but if you are particularly keen to be involved, or have any ideas you’d like to share, please get in touch.