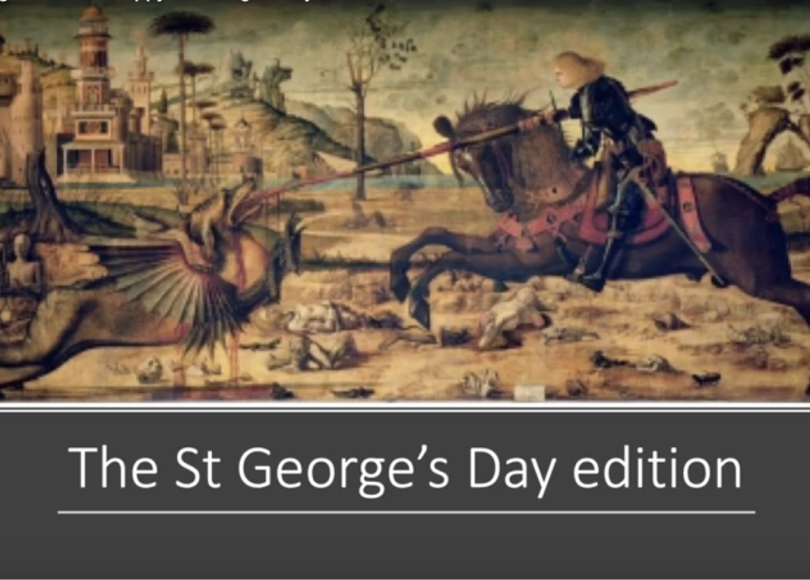 To mark St George’s Day the English Labour Network has published a new #90secondEngland round-up. In it we:

You can also read a piece on LabourList, written by Joe Jervis, on how “Nation-building must be at the heart of Labour’s politics”:

“Brexit was and is a largely English phenomenon. It was England-outside-the-cities that delivered the Leave vote by a huge margin of 11%. Those who saw themselves as more English than British were more likely to vote Leave, while for those more British than English tended to back Remain. Working class voters backed Leave despite every arm of the establishment working against them.

“But these trends did not suddenly appear overnight, and if it was all about austerity then England would have voted for Ed Miliband in 2015, bacon sandwich fail or not.

“English discontent goes far deeper… the most staggering failure by liberal politicians has been the inability to ‘nation-build’. England currently has little sense of shared citizenship or purpose. The identity politics of the left has been the complete antithesis of building a progressive nation.”

Huffington Post columnist and English Labour Network Steering Committee member Rabbil Sikdar has written about how “The Left Will Only Be A Force In England When It Learns To Love The Country“:

“If we push for a space where being English is defined as love of English culture and the land’s institutions and values, rather than place of birth and ancestry, we can explore an England that is open, tolerant and inclusive.”

Happy St George’s Day to all of our supporters and friends!